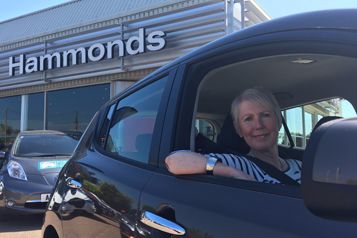 The award-winning Nissan LEAF has charged past the milestone of 20,000 UK sales. The buyers of this electric car were Diane and Chris Ray of Hollesley in Suffolk. They took home a range-topping 30kWh LEAF Tekna from Hammond Nissan in Halesworth.

It is the couple's second Nissan LEAF. When it came to replacing their two year-old 24kWh model, it was the only car on their shopping list. Diane, who runs a holiday let business, said: "I love the LEAF. It does everything I want from a car and is beautiful to drive.”

"When the time came to replace mine I didn't look at anything else. I only wanted another LEAF but this time with the bigger battery."

She added: "It was a real surprise to find out I was the 20,000th LEAF customer but it's so encouraging to see more and more people switching to all-electric cars and exciting to know I'm a part of that story." 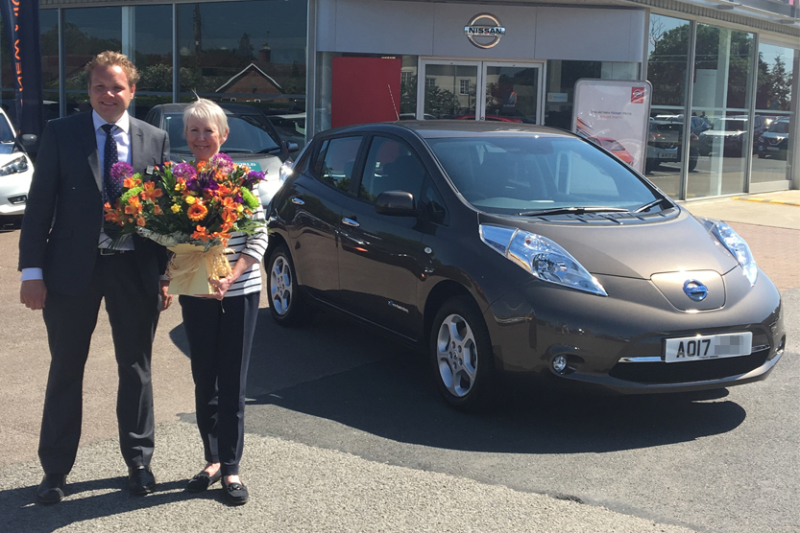 Driver Power is the UK's biggest and most in-depth car satisfaction survey, with seven surveys covering the different phases of vehicle ownership. There are also nine Judging Category awards split into satisfaction categories.

Edward Jones, EV Manager at Nissan Motor (GB) Ltd. said; "The 2017 Driver Power results are a fantastic recognition of the strengths of the Nissan LEAF. What's really important is these results are based on the honest feedback of the public, so it's a true indication of the positive ownership experience of living with a LEAF.

"Hitting the 20,000 sales milestone is further proof that the electric revolution is taking hold here in the UK. We've seen more demand for LEAF in the past 12 months than we had in the first 3.5 years of the car being on sale and the number of customers who go on to buy another LEAF is also significantly higher than the industry average. With the new model on the horizon, this growing demand is only set to gain pace."

Editor of Auto Express, Graham Hope, commented; "The Nissan LEAF's results in the 2017 survey indicates that the hard work that the Nissan team has put in developing the vehicle and educating the market about the benefits of Electric Vehicles (EV) has paid off."

"Leading the way in EVs is important. People are becoming more conscious of green vehicles (Hybrids and Electric Vehicles) and this year we have seen a 375% increase in the number of green vehicle owners."

The Nissan LEAF is the world's best-selling all-electric vehicle. Since its 2010 launch, the UK has been responsible for around one in four LEAF sales in Europe with sales accelerating year on year. Between January and March 2017, every other electric vehicle sold in the UK was a Nissan.

The UK is the third biggest market for Nissan LEAF, after the USA and Japan. It is the number one market for global e-NV200 sales.

According to recent data from the Society of Motor Manufacturers & Traders, (SMMT), the Alternative Fuelled Vehicle segment, which includes all-electric and hybrid models, continues to grow with a record 4.4% market share in May.

Nissan's Sunderland plant is responsible for production of the LEAF for UK and Europe. 19,500 models rolled off the production line from April 2016 to end of March 2017 – around 55 a day.

At the CES (Consumer Electronics Show) in January 2017, Nissan announced that a new LEAF model will be coming in the near future. The latest version will be equipped with ProPILOT technology, enabling autonomous drive functionality for single-lane highway driving.

The new LEAF represents the next chapter of Nissan Intelligent Power and will build on the company's leadership in electric vehicles, which includes more than 260,000 Nissan LEAFs sold worldwide since 2010 and more than 15,000 e-NV200 LCVs since 2014. Nissan's customers have collectively driven more than 3 billion all-electric km.