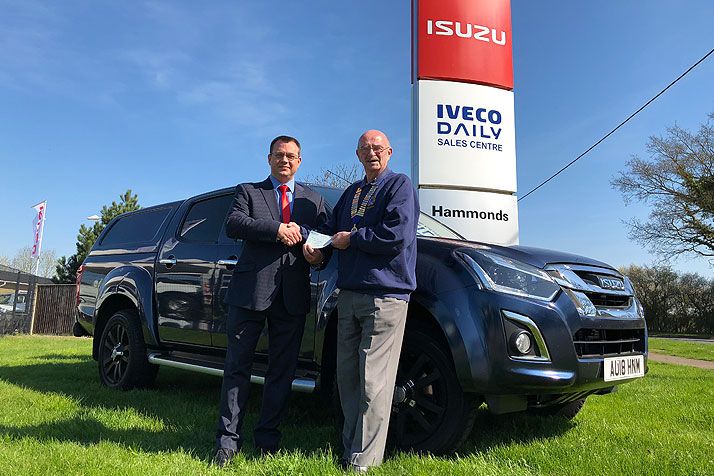 The event, which took place over several evenings leading up to Christmas, raised over £3,000 for the local community as well as international disasters.

For the fifth consecutive year, the reindeer were replaced by an Isuzu D-Max, donated by Hammond Isuzu.

Hammond Motor Group continues to collect funds towards their next guide dog puppy. The target being £10,000, the cost of sponsorship. This latest donation, has now taken their balance to over £8,000.