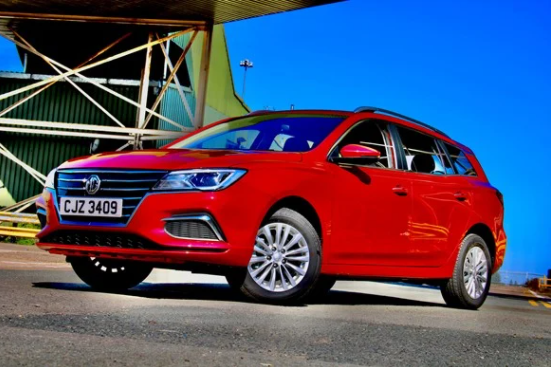 Hammond MG have their second pure battery electric vehicle to retail, plus a plug-in hybrid, as MG expects its new car sales in 2020 to exceed 20,000 units.

The MG ZS SUV B-segment electric car, launched mid-2019 and now the fourth biggest selling electric car in the UK, was  joined in November by the MG5, EV estate and in October by the MG HS plug-in hybrid.

“Electric is now, and MG is electric,” said Daniel Gregorious, head of sales and marketing at MG Motor UK.

“The key to our success will be bringing affordable, high tech and electric cars to market, all wearing that iconic MG badge,” said Gregorious.

Sold in China under the Roewe brand, and powered by a 115kW motor coupled to 52.2kWh batteries, the MG5 EV is capable of 214 miles maximum range (combined WLTP) and as much as 276 miles in purely city environments.

MG expects half of the electric estate car’s sales to be in the fleet and business market segments.

Alongside a touchscreen and reversing camera, a rotary gear selector brings a premium-style touch to the cabin, and there are three driving modes – eco, sport and normal – which allow the driver to prioritise battery range or driving performance as they desire.

Charging with a Type 2 charger at home will take around 8.5 hours, and fast-chargers will provide 80% of charge within 50 minutes. 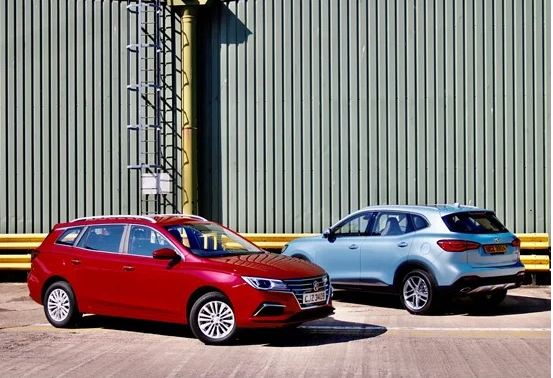 With batteries integrated within the chassis, boot space is not compromised. From less than 446 litres with the load cover in place, retract the boot cover and that rises to 578 litres, and drop the rear seats and buyers get 1,456 litres – about 24% larger than the Nissan Leaf.

This is part of the reason MG expects half of the sales of this car to be in the fleet and business markets, which will be unusual for MG whose buyers have been mostly retail customers until now.

Gregorious also highlighted that the much smaller Renault Zoe is the only pure EV that’s cheaper than the MG5 EV. So, for family transport, MG has a huge advantage.

Gregorious concluded: “Many EVs now are based on an SUV bodystyle, but MG5 EV bucks that trend. With fewer compromises, we believe this bodystyle offers the optimum combination of maximum driving efficiency, internal space and driving dynamics. We expect to see more manufacturers follow our lead.”