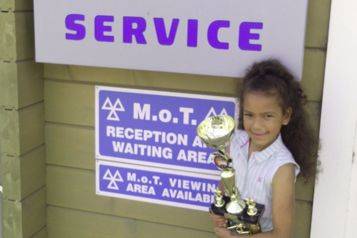 Hammond Commercial Vehicle Centre recently sponsored Lana-Rose Sawyer who made it to the final of the under 8 European Street Dance championship in Weez Germany.

Lana-Rose fought off fierce competition to achieve a very impressive third place. This goes to show that her dedication to dance, which includes three hours of Hip-Hop and one and a half hours of ballet every week, definitely pays off. As well as dancing, Lana-Rose also enjoys Karate and gymnastics.

Lana called in to see the team at Hammonds of Halesworth Limited, who sponsored her for the event, to say thank you and to show off her fantastic trophy!