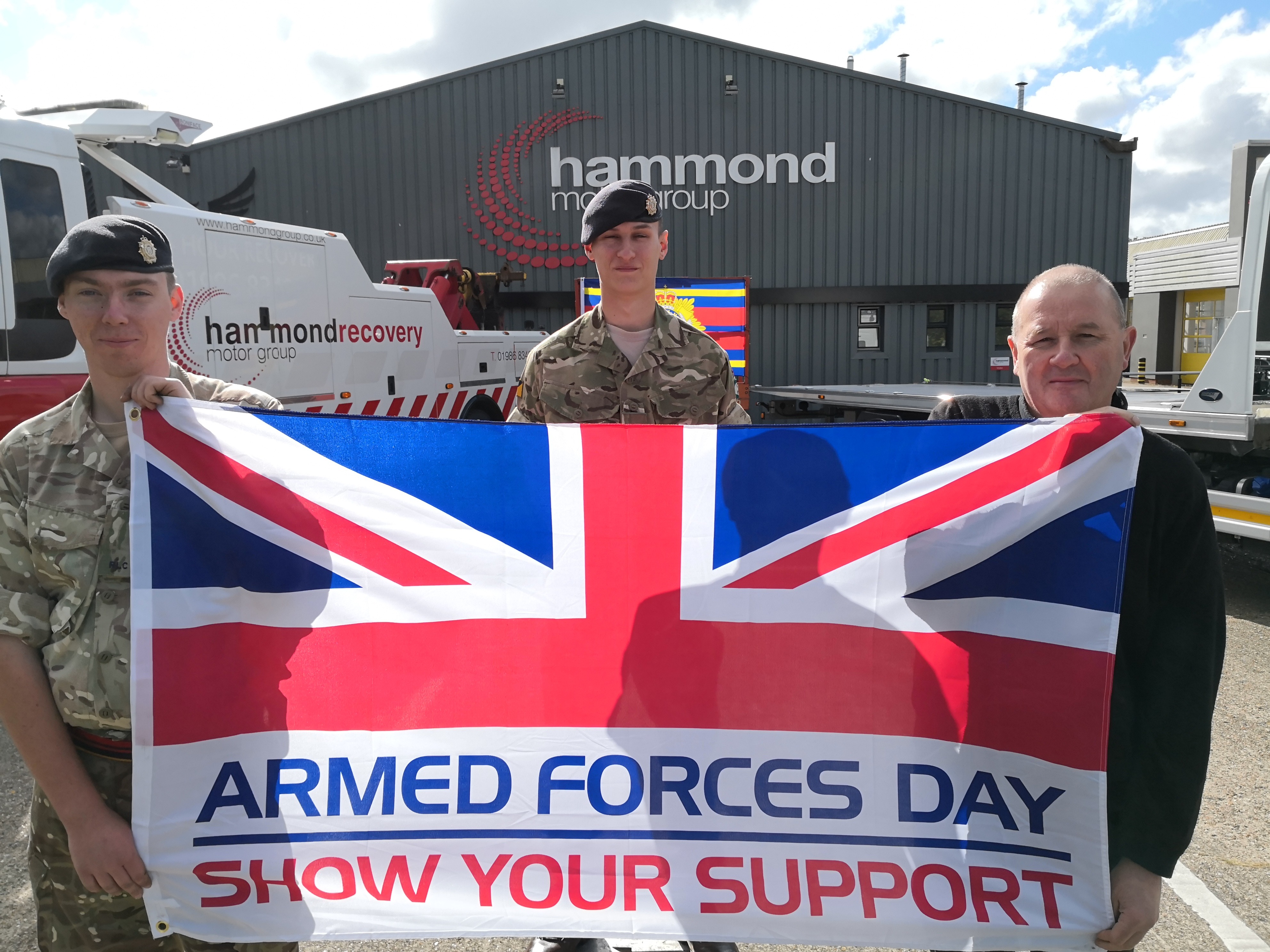 On the 15th May 2021 the royal British Legion celebrated its 100th year since it was formed.

A W & D Hammond in Halesworth decided that it would be a good idea to allocate some of their fundraising effort to this milestone and a target of £1000 was set to help this great British charity.

Following this and the Armed Forces Day initiative, Hammonds had no hesitation and were very proud to be able to join in and celebrate their support for the men and women of our armed forces.

Hammond's currently employ and support two reservists, George Williams and Jay Weedon- both valuable members and both working in the vehicle breakdown and recovery team. 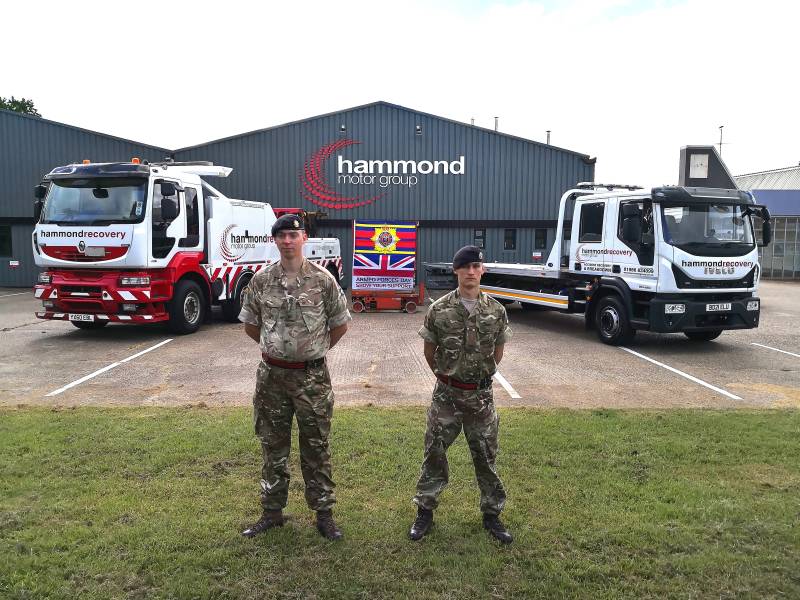 Reservists give up their spare time to serve their country, balancing their civilian life with a military career and are always on standby if needed. In testing times for the country, the reservists are always ready to assist, as demonstrated last year at the height of the Covid pandemic. During this unprecedented period, they drove ambulances, helped airlift medical supplies and helped build Nightingale hospitals. They also supported the transport of supplies, including tests, PPE and vaccines to overseas territories including the Caribbean, The Ascension Islands and The Falkland Islands.

Our trucks were decorated on the designated day and both George and Jay looked splendid as they came to work wearing their uniforms.