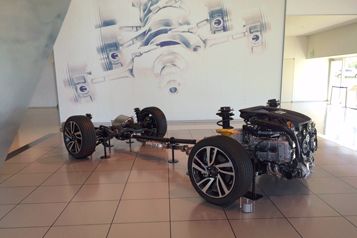 Our Sales Manager, David Kindred, recently visited the Subaru plant in Japan. He was picked up from the airport in the new Levorg which is not due out in the UK until September.

David was given a tour around the plant and watched how all the different models were built. "It was incredible" he said, "they started off as a roll of sheet metal and within 20 hours the car was completed and ready to drive away"

David was also amazed at how few people were used in the build. "One of the factories spanned across several thousand square meters yet there was only about 5 people working in it. So much was automated; humans were used very little, apart from the rigorous testing and in quality, which is their number one goal".