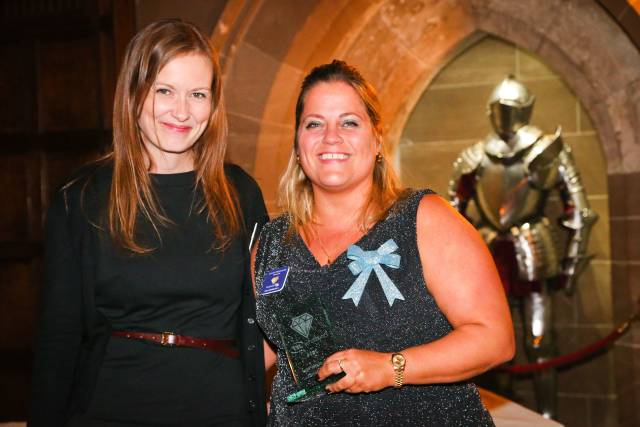 JET’s AW & D Hammond forecourt in Halesworth has good reason to celebrate having recently been crowned ‘Site of the Year’ across JET’s 300+ UK network of forecourts.

The Norwich Road site had to meet strict performance criteria and excel in a number of audits as part of JET’s ‘Proud to be JET’ service and standards programme. Having scooped top marks in the 2014 audits, and achieving consistently high scores year on year, Hammonds then went on to beat 70 other top-performing sites from throughout the UK.

Over 30 JET head office and field staff voted on which site should win the coveted ‘Site of the Year’ award, with Hammonds winning hands down.

The Halesworth site was chosen as the worthy winner for a number of reasons including fantastic engagement with the local community, commitment to outstanding customer service and consistently acting as excellent ambassadors for the JET brand.

Emma McKim, Manager, National Sales, at JET, comments: “Louise Hammond and her team exemplify what it means to be ‘Proud to be Jet’: they achieve top marks in all assessments, but on top of that their staff provide a great customer experience for today’s discerning shopper and always fly the JET flag through engagement in our promotions. We’re delighted and proud to have Louise and her team in our network.”

Commenting on winning the award, Louise Hammond, manager of Hammonds, said: “I was completely overwhelmed to hear that we received the majority vote to win such a title. The car sales and service divisions of the Hammond Motor Group have won many awards over the years, so I’m personally over the moon that my department has another major award to add to the trophy cabinet, continuing the Group’s success. My Grandad, who founded the business in 1962, died just over a year ago and I know he would have been very proud of this continued success for the group.”