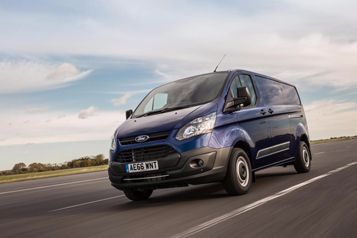 Ford commercial vehicles (CV) sales year-to-date have already exceeded 100,000 - for the first time ever in October.  This record has been reached with two sales months of the year remaining, as Ford’s UK market leadership remains unchallenged across cars, CVs and total vehicle sales.

According to the official October sales figures from the Society of Motor Manufacturers and Traders (SMMT):

Andy Barratt, Ford of Britain chairman and managing director, said:  “Ford continues to build on the strength of its core models in the UK market, while stretching into new segments with models such as Mustang and the Vignale range. Fiesta is in its eighth year as the UK market leader, while the success of our extended Ford CV family is demonstrated by the Transit range sales exceeding those of any car – apart from Fiesta.”

Ford Fiesta was the number one best seller in October, notching up 7,806 registrations and over 100,000 sales year-to-date. Ford continues to lead in retail car sales, which most accurately reflect the preferences of private buyers, with a share of 12.5 per cent, 4.0 per cent ahead of its nearest rival.

The Ford Transit Custom and Ford Transit are number one and two in total CV sales year. Transit Connect, Courier, Fiesta van and Ranger, which has seen a sales increase of over 65 per cent this year, all lead their respective segments.