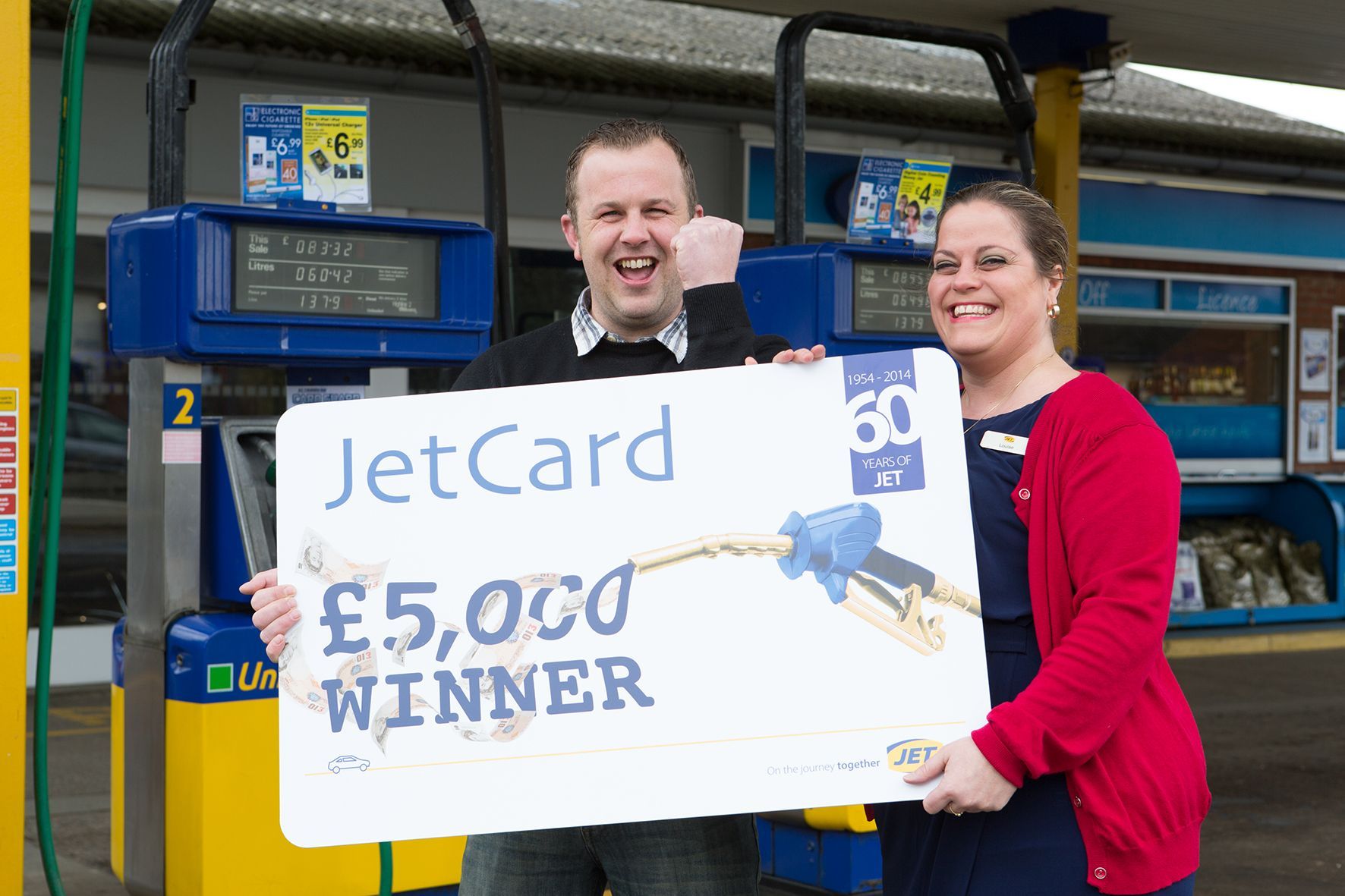 David Manning – a customer of Jet’s AW & D Hammond's forecourt at Halesworth – has won £5,000 worth of fuel in a national competition to celebrate Jet’s 60th anniversary.

The competition, at Jet forecourts nationwide in December, gave customers the chance to enter the prize draw every time they filled up with a minimum £30 fuel spend. In total, 14 winners in the UK won £5,000 JetCards to spend on fuel.

Mr Manning said: “I often fill up with fuel at my local forecourt so didn’t think twice about completing the entry form for the draw. It was such a surprise when I found out I had won – £5,000 of fuel is a fantastic prize and we’ll now be able to use the money we normally spend on fuel for other family activities.”

Louise Hammond, manager of Hammonds forecourt, said: “We’re delighted that one of the 14 national winners entered the draw at our forecourt. The competition was the first of a number of initiatives and customer promotions to mark Jet’s 60th anniversary – and what better way to kick start these celebrations than by giving away such a huge amount of fuel to one of our valued customers.”

More than 22,500 entries were received from across the UK. The 14 winners were selected at random.