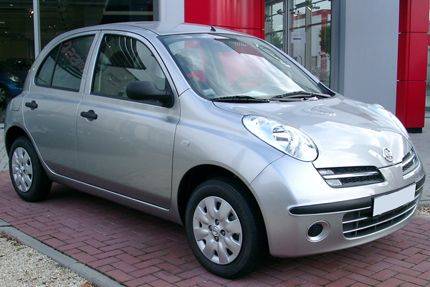 Are You Missing Out?

Did you know, if you own a Nissan and it’s out of manufacturer’s warranty, you will still receive free Pan-European Roadside Assistance when you get your car, pickup or light commercial vehicle serviced with us? It doesn’t matter if you bought your vehicle from us or not.

We recently had a customer that owns a 91,000 mile, 12-year-old Nissan Micra. One morning she couldn’t get it started because the battery had finally given up the ghost. Because it had been serviced by us, it automatically qualified for breakdown cover and covered her at home.

Below is a letter we received from the customer in question.

“I just have to write to say how thrilled I am with the breakdown package provided by Nissan as part of having my car ‘(07 Micra)’ serviced by Hammonds.  I had to use it for the first time today and received first class service from a nice young man called Jake, who confirmed my suspicions that the battery had died and sold me a new one.  As the car is over 12 years old, has just done 91,000 miles, and the battery was the original, I think it’s done really well.  I didn’t think breakdowns at home were covered, so was extremely pleased to learn they are. Marvellous service all round, many thanks.”

Next time you’re thinking about taking your Nissan somewhere else, ask yourself, is it really worth going there if I don’t get free annual breakdown cover?