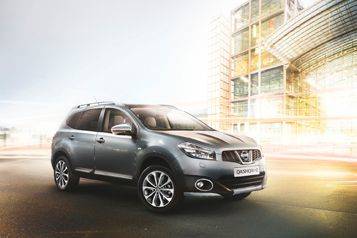 For the third year in a row, Nissan’s Qashqai has triumphed in the Best Small SUV category at the prestigious What Car? Awards.

At the annual ceremony in London, the Qashqai was not only named ‘Best Buy’ in the £15,000-£25,000 price point, but it also went on to be crowned overall winner in the ‘Small SUV’ category, beating 16 other shortlisted models.

What Car?’s pick of the Qashqai line-up was the 1.5dCi 110 n-tec with the judges praising the model’s efficiency and economy, refined diesel power plant, smooth suspension and interior quality as well as generous equipment levels.

Jim Holder, Editorial Director for Haymarket, which publishes What Car?, said; “The Qashqai makes it a hat trick with yet another win in this hotly contested category. Despite strong opposition, the SUV from Sunderland possesses all the necessary talents for victory.

“Not only is it one of the most economical and least-polluting vehicles in this category, it also has a high-quality interior that keeps wind, engine and road noise at bay.

“Excellent practicality, a chassis that is well suited to British roads and impressive engine refinement are the icing on the cake.”

James Wright, Managing Director, Nissan Motor GB, said; “We’re delighted that the Qashqai’s charm has won over the What Car? judges yet again. It’s also a winner with the car buying public who have made the Nissan Qashqai the best-selling crossover in the UK.”

A real success story for Nissan, in September 2015 the new Qashqai became the fastest ever UK-built vehicle to smash the half million production mark. Since production began in 2014, a new Qashqai has been built every 62 seconds, or 58 per hour, at the Sunderland plant’s Line 1.

The Qashqai’s impressive quality, styling and technology continue to make it the best-selling crossover in Europe.