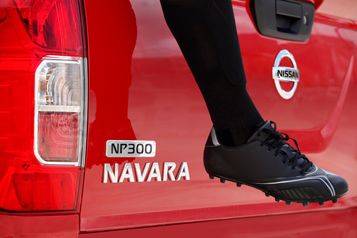 Drawing on its 80 year heritage of designing and manufacturing robust, cleverly engineered Light Commercial Vehicles, Nissan continues to raise the bar with the introduction of the all-new NP300 Navara. The pick-up is the latest in a long line of talent to join the squad at Nissan, official partners of the UEFA Champions League.

Engineered to be tough and practical enough to meet the goals of any business, the new NP300 Navara also features talents from Nissan's innovative crossover ranges. Striking design, refinement, innovative technologies and car-like efficiency mean the NP300 Navara will set a new benchmark in the one ton pick-up market.

The Nissan NP300 Navara will make its European debut at the Frankfurt Motor Show in September.