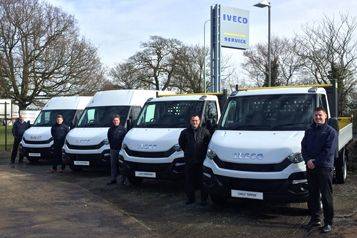 Hammond Commercial Vehicle Centre will be concentrating on the Daily range which includes the Van, Tippers, drop-sides, 4x4’s and the Hi-Matic with its industry first 8 speed auto.

Andy Hammond, Operations Manager, commented, “We are very excited to offer our customers such a well-respected and class leading brand. We have been an authorised repairer for some time now and this certainly adds to our Iveco presence in Suffolk”. He went on to add, “Along with our used range and Ford and Isuzu marques we really feel we can cater for any need across the commercial spectrum”