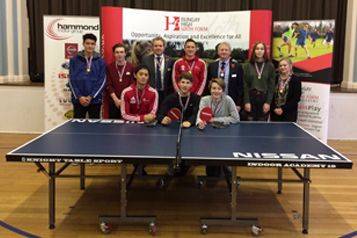 The table was donated to Bungay High Sixth Form by the Halesworth-based dealership.

Matthew said: “Hammond Nissan has created their own community legacy by generously donating its table tennis table. The students will make great use of it in sport lessons and extra-curricular events such as the Spring Table Tennis Trophy.”