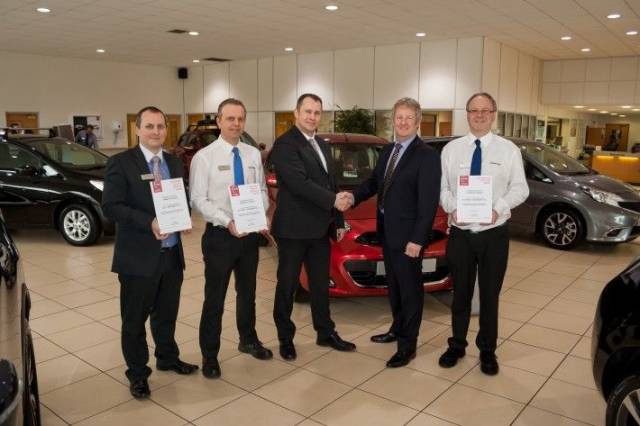 Hammond Nissan is celebrating after scooping a hat-trick of national accolades.

Hammond Nissan  was presented with two Nissan Customer Quality Awards for its performance over continuous quarters, beating other dealers across the country.

It was also handed the company’s After Sales Retailer Award.

Dealer Principal Piers Capleton said the success was down to a band of loyal and committed staff.

He said: “Many of the employees have been here 15 or 20 years. It’s down to their desire and drive that we have been successful in winning this hat-trick of awards.”

Mr Capleton, who has worked at the dealership for 15 years, added: “There’s never been a better time to be a Nissan dealer. The product line-up is so fresh and young. Customers of all ages want to drive Nissan cars.”