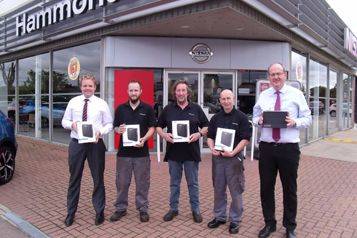 As the Nissan Academy Accreditation Programme progresses into its fifth year, our team at Hammond Nissan Halesworth have celebrated multiple successes across our sales and service departments.

We would like to take this opportunity to commend all our accredited team members.