WE ARE OPEN…with a few changes!
Our service, parts, tyres, rental, and recovery departments are operating as normal.
Our sales sites are open for business, and can be contacted via phone, email or chat.
We have video tools in place to show both new and used vehicles and delivery is available, off-site, in a safe sanitised environment.
The only difference is, our showrooms are temporarily closed. 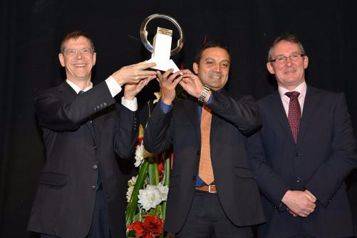 The all-new Nissan NP300 Navara has won the coveted International Pick-up award 2016 at a ceremony in Lyon, France.

The new NP300 Navara underwent the rigorous International Pick-up testing process, each being judged for its off-road ability, on-road performance and its value for money. They were also tested on their ability as a workhorse, which included comparing towing capabilities.

Its robust chassis introduces a host of new features, including an all-new five-link rear suspension for the Double Cab model and an impressive load bed, which is 67mm longer than the previous model.

The wealth of innovative and affordable technology such Around View Monitor (AVM) and Forward Emergency Braking (FEB), designed to further improve driveability and practicality, are also unique to the pick-up market.

“Nissan is best known by its customers in Europe as the maker of capable 4x4s and breakthrough crossovers.  This new Navara represents the fusion of those two realms of excellence to deliver a truly breakthrough pickup truck that combines rugged 4x4 toughness with the sophistication and efficiency of a Crossover”, added Ponz Pandikuthira, Director of Light Commercial Vehicles for Nissan Europe.

2021 will be different for us, in more ways than one. The biggest change will be…